This ancient city is one of the world’s most popular destinations and it’s not hard to see why with its winding canals, beautiful buildings and fantastic food. After you have visited some of the well know highlights and most instagrammable locations in the city, seek out some of the hidden gems of Venice to escape the crowds and discover a different side of the city.

When you think of Venice, beauty, romance, architecture and Italian food come to mind. But there’s another thing that you might think of that cannot be avoided in any of the famous places in the world – crowds. Tens of thousands of people visit the Italian city of love every day, so long queues are common and sometimes it gets so crowded that it’s difficult to walk around.

But, it’s possible to experience another side of Venice. As many travelers visit the city on a day trip or spend a night elsewhere, the atmosphere changes towards the end of the day.

The crowds of people disperse and shortly before sunset, the empty, narrow canal streets are bathed in golden sunlight which almost creates a magical atmosphere. Only a few gondolas glide along the canals, the ever-present pigeons disappear and the laughter of the local people echoes from the bars.

Grab a slice of pizza and Aperol spritz and admire the Doge’s Palace in the almost deserted St. Mark’s Square. When it gets dark, take a night stroll through the quiet streets and across enchanting canal bridges. Indulge in window-shopping – famous Venetian masks that are displayed on window shelves look even more mysterious at night. For the perfect end of the evening have a candlelight dinner in one of the authentic restaurants along the canals which glisten in the moonlight – it just doesn’t get more romantic than this.

By Sandra from BlueMarble Vagabonds

The Jewish Ghetto in Venice offers a nice break away from the tourist-filled plazas and narrow streets of Venice. Once here, you will find an open courtyard with a few benches under the shade of a couple of trees, along with synagogues, pawnshops and several cute cafes and restaurants with outdoor seating. You will also come across the Jewish museum, which might be of interest to you if you’d like to learn more about Venice’s Jewish history. Guided tours of the museum are also offered, and you will need to purchase a ticket to enter.

A highly-recommend thing to do with your few days in Venice is just to aimlessly walk around the town and over the canals, and once hungry, grab takeaway food from a shop to enjoy somewhere outside. So while walking through or near the Jewish Ghetto, make sure to stop by MAJER Venezia Ghetto for a tasty panini or pizza slice. While the pizza they offer here might not be the traditional Italian pizza you get in other parts of Italy, there is something about the bread, toppings and freshness of the food here that makes it extra appetizing. This is why we stopped here twice on our Venice wanderings after all! The wait for service can be slow, though, but we thought it was worth it!

By Loredana from Destination Guides

At T Fondaco dei Tedeschi you will find a hidden gem and the ultimate rooftop view of the Grand Canal in Venice.  In fact, when we were there, we were the only ones admiring the view on the rooftop that is only allowed to have 40 visitors at once.  The 360-degree view of the city is spectacular, including the Rialto Bridge that is right below you.  There are informational signs posts on each side of the rooftop that label the important landmarks for you to photograph.

The large T Fondaco dei Tedeschi building was first built in the 13th century as a palace, but has also been a custom’s house for Napoleon and a post office for Mussolini.

It has recently become a luxury department store, still with the original archways and architecture, but now housing brand names of Gucci, Fendi, Armani and Chanel to name a few.  The mall opened in 2016 to showcase fine, exquisite Italian and Venetian goods rather than the cheap imitation souvenirs that are sold all over Venice.

To visit the rooftop terrace, book your time in advance, or use the ipads on the 3rd floor, and make your way through the stores and up to the top floor. There is no requirement to buy anything and admission is FREE!

Once you make your way to the open-air rooftop, you have 15 minutes to take in the awesome view.  Since there are no other activities on the rooftop, you will have plenty of time to photograph each angle of the city.

Elsewhere in Italy and a day’s travel from Venice, Palermo is still a hidden gem of a city tucked away in Sicily and waiting to be discovered by tourists.

By Michelle from Moyer Memoirs

In the Canareggio neighborhood of Venice stands the former Teatro Italia, a once beautiful cinema that had fallen into disrepair. Then in 2016, the Despar supermarket brand renovated the building under the supervision of the Directorate for the Architectural Heritage of Venice and turned it into a supermarket. It’s easily the most beautiful place you’ll ever do your grocery shopping! The frescoes on the high ceilings have been restored, and many of the original architectural elements have been preserved.

This is not the first historic building in Italy to be converted into a supermarket. In recent years, Despar has undertaken similar projects in Verona, Trento and Vicenza. As for what’s on offer here, there’s a good selection of both everyday products for the local population and takeaway options for tourists. If you’re staying in a hostel or apartment with a kitchen and plan to self-cater, you should definitely stock up here.

The large deli section includes lots of pre-prepared dishes, perfect for a picnic. Vegetarian and vegan visitors to Venice will be happy to know that the supermarket is well stocked with meat-free products, including ready-to-eat meals like vegan lasagna and eggplant parmesan, and even vegan Nutella. The store is open seven days a week from 8 am to 9 pm.

By Wendy from The Nomadic Vegan

Murano Glass Making in Venice is from Roman and Byzanthean glassmaking industries. To restore the ancient glassmaking techniques and to recreate some of the beautiful Roman glassware, the glass artisans of Murano experimented with chemical compositions, tools and methods of hot glass workmanship for centuries until they achieved excellence and worldwide fame.

Today Murano island in Venice is famous for excellent art glass and the place where top talent descends to learn glassmaking from the master artisans who have been crafting beautiful glass for functional and decorative purposes since generations.

To see this glass blowing demo, take Vaporetto to Murano from Fondamente Nove and stop in Venice and get off at Murano Colonna stop. There you can visit many shops engage in this extremely complex process of Murano glass making. These pieces are costly, and requires a lot of time, skill in both glass-blowing and hand-decorating, and special furnace setup.

The “bullicante” effect is amongst the most famous and unique glass making techniques and it is seen quite often around the island of Murano. If you’ve had the fortune of strolling along the streets here, you would witness beautiful glass pieces with small air bubbles trapped in the inside, possibly stopping to wonder how that seemingly impossible effect is achieved. This technique a sense of depth to the whole object and an incomparable decorative effect, famous for its originality.

By Tanayesh from Shoestring Travel

For some of the best views of the Venetian lagoon, visit the bell tower of San Giorgio Maggiore. This delightful Renaissance church is just one vaporetto stop away from San Marco, but it feels like another world away. Tucked away on a smaller island, the church is much less frequently visited than the Basilica but here you’ll find sweeping views of the city back to the Palazzo Ducale over the mouth of the Grand Canal.

San Giorgio Maggiore was first inhabited in Roman times. Later in the 10th century a monastery was established on the site that formed the foundations of the current church that dates from the 16th century. It’s an important Venetian landmark captured in a series of paintings by Monet. The church interior is somewhat plain but you appreciate that it’s the perfect backdrop for several masterpieces including one painting by Tintoretto.

There is a small charge to take the lift to the bell tower where you take in the incredible views. Visit at sunset for one of the most magical scenes in Venice. To reach San Giorgio Maggiore, take vaporetto number 2 from the San Marco S. Zaccaria stop.

By Katy from Untold Italy

Exploring some of theses Venice hidden gems is a great way to escape the crowds and make your trip here even more special. Let me know if there any others you recommend!

If you love finding more unusual places to visit in a city, check out my 40 Hidden Gems of Paris. 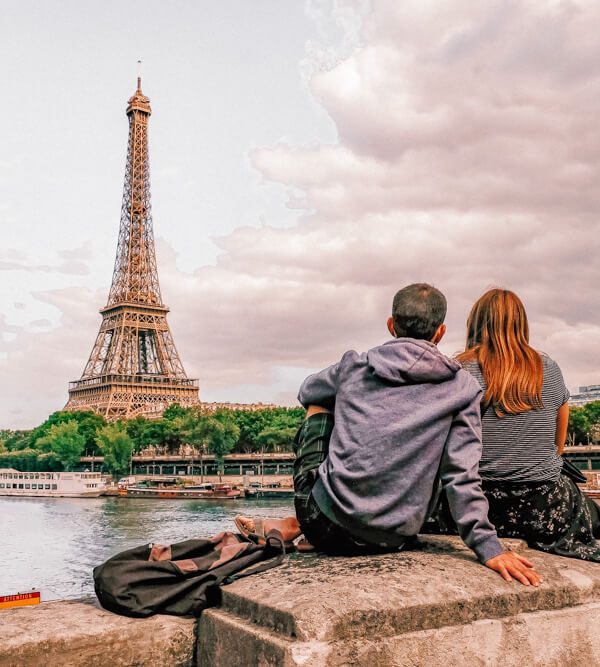 Romantic Weekend in Paris – 15 Things To Do With Your Partner 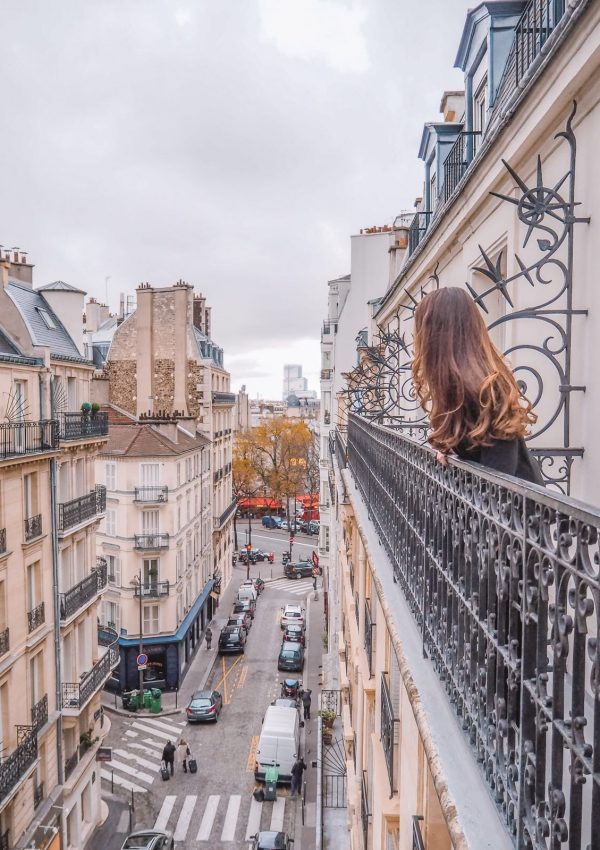 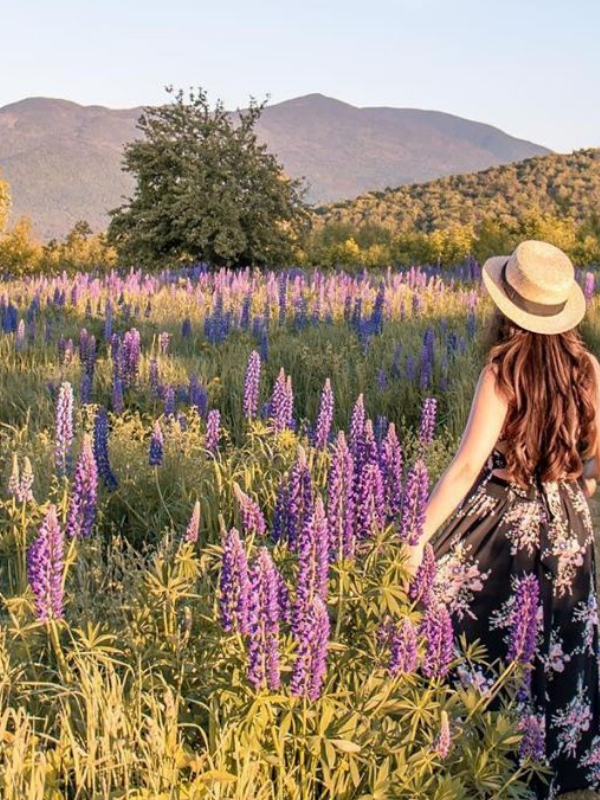 The Most Instagrammable Flower Fields in the World 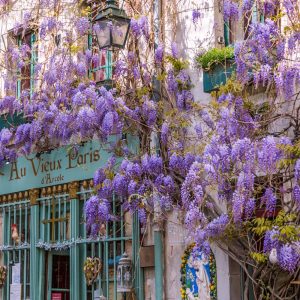 11 Unusual Things to Do in Paris for the Perfect Trip

Hello there! Welcome to Mia, a feminine WordPress theme designed by 17th Avenue. You can write a blurb about yourself here. 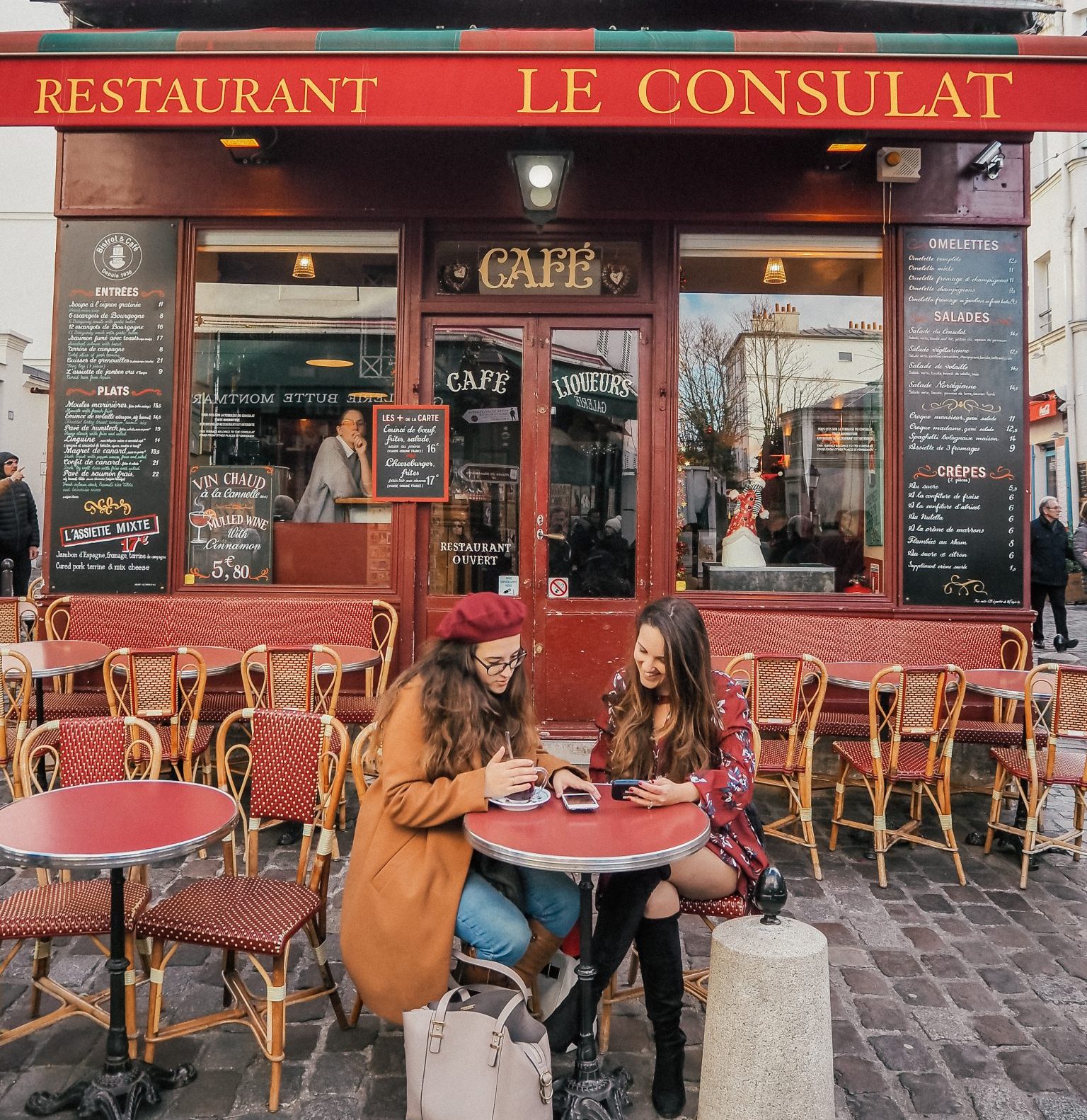 The Garden District in New Orleans is one of the m

After months of putting it off, I finally started

Muted but certainly not silent. If you have a plat

Happy mother’s day! Thank you my little love for

I haven’t posted in what feels like forever... l

SAVE THIS POST for a Paris hidden gem! I lived in

SAVE THIS POST for a Paris photo tip! We finally m

Any cookies that may not be particularly necessary for the website to function and is used specifically to collect user personal data via analytics, ads, other embedded contents are termed as non-necessary cookies. It is mandatory to procure user consent prior to running these cookies on your website.