If you need a break from the city, there are many day trips from Paris you can plan.

The capital city of France is a fantastic base for exploring the country’s picturesque towns, historic estates, stunning beaches, and lush gardens all easily accessible.

On these Parisian day trips, you can go wine tasting, exploring other cities, and to a few of the neighboring countries. Whether you are traveling solo, or with friends or loved ones, there are many options for kid-friendly day trips or even romantic places in France.

Paris Day Trips to add to your bucket list:

France is the world’s third-largest wine producer. With so many grapes available, it’s no surprise sparkling wine can only be called Champagne if it comes from the region of Champagne in France.

Home to brands like G.H Mumm, Moet and Chandon, Pierre Paillard and Veuve Clicquot, Champagne is one of the best day trips from Paris.

Champagne is approximately 1 hour from Paris and the region is split into 5 towns Reims and Épernay.

With amazing bubbles, comes great food. You can spend the day sampling some of the best wines in the world and you’ll also find over 10 Michelin-rated restaurants in the region – be sure to hook in advance.

Fontainebleau is one of the largest French palaces.  This medieval castle and the subsequent palace were built in the twelfth century as a hunting lodge for the French kings but fell into disrepair by the fifteenth century.

In the sixteenth century King Francois I orchestrated its restoration and it was transformed into the castle that served as a residence for the French monarchs from Louis VII to Napoleon III.

There are twelve Disney parks in the world across six different resorts (California, Florida, Paris, Tokyo, Shanghai, and Hong Kong.)

Disneyland Paris was originally known as Euro Disney, the park opened in 1992 in Chessy, France, a town located 32 km east of the center of Paris.

The resort area is made up of Disneyland Park, Walt Disney Studios, Disney Village, and the hotels. There are two parks right next to each other. There are plenty of rides, for anyone of any age group.

After Shanghai, Disneyland Paris is the second-largest Disney Park based on the original and one of the best day trips from Paris.

The enchanted village is famous for being the home of renowned French painter Claude Monet.

The scenery inspired Monet’s water-lily paintings which are among the most recognized and celebrated works of the 20th Century.

This picturesque garden looks like the ideal Bridgerton Filming Location. These famous gardens were designed by Monet in 1883. He moved from Paris to Giverny where he purchased a property and designed his own landscaping which included world-renowned garden and lily ponds.

The gardens are located just 50 miles west of Paris. The best way to get there is to take a train from Gare Saint Lazare station in Paris to Vernon. The ride lasts about 50 minutes and will let you experience the French countryside.

Located just 23 minutes from Paris, Vincennes is home to the postcard-perfect Château de Vincennes, which contains Europe’s tallest medieval dungeon, and the sprawling bois, replete with follies and lakes.

The Palace of Versailles

A list of day trips from Paris is not complete without mentioning Versailles. The Palace of Versailles is one of the most Instagrammable places in Paris with over 10 million people swarming the grounds each year. The palace was the primary residence of the kings of France for over 100 years.

In 1682 Château de Versailles was transformed from a hunting lodge into a palace by Louis XIV, with the help of over 36,000 craftsmen and laborers, its scale and grandeur are matchless!

It’s located just 15miles southwest of Paris and is easily accessed by the underground RER C (leaving from several convenient Metro stops in central Paris including Tour Eiffel, St. Michel/Notre Dame, Musee d’Orsay, and Gare d’Austerlitz). The line does split though, so make sure you get on a train with a terminus station of “Versailles Rive Gauche.”

This is one of the best places to learn about French History as they highlight the ostentatious lives of the former monarchs!

Reims is a city in the region of Champagne. The best way to get there is by taking a high-speed SNCF train from Paris Gare De L’est and it takes roughly 45 minutes to Reims.

The Gothic Cathédrale Notre-Dame de Reims is the place where the coronation of every French king has taken place (with a few exceptions). This is one of the four UNESCO World Heritage Sites in the region.

Reims is also home to the Abbey of Saint Remi, the largest Romanesque pilgrimage church in northern France.

Strasbourg is a charming town in the Alsace area. It’s situated on the border of France and Germany and due to its distance, it’s one of the best day trips from Paris.

Day Trips from Paris to Other Countries

The Capital City of France is the perfect place to plan international day trips from Paris!

Bruges is a small Belgian town and is deemed as one of the most romantic cities in the world. The town is known for its cobblestone roads, quaint canals, and flemish architecture.

A one-way trip from Paris to London in England takes approximately 2 hours and 30 minutes by Eurostar. There are over 15 trains taking this route daily.

London is one of the most romantic cities in Europe, it’s known for ancient buildings, red buses and

Luxembourg is a small landlocked country in western Europe. It’s the ideal day trip from Paris. Fast trains from Paris to Luxembourg City take around 2 hours and 10 minutes.

Some amazing things to do in Luxembourg include visiting Corniche – the ‘most beautiful balcony in Europe’ to see the best views of the city, 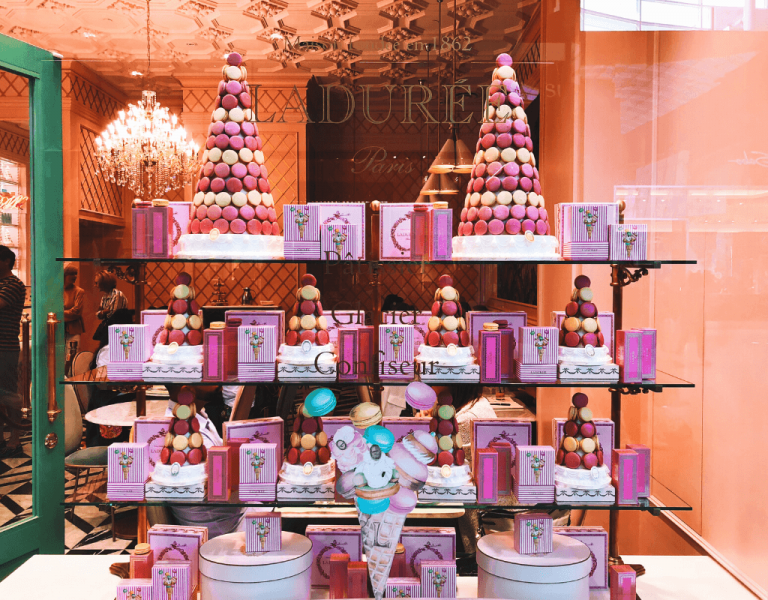 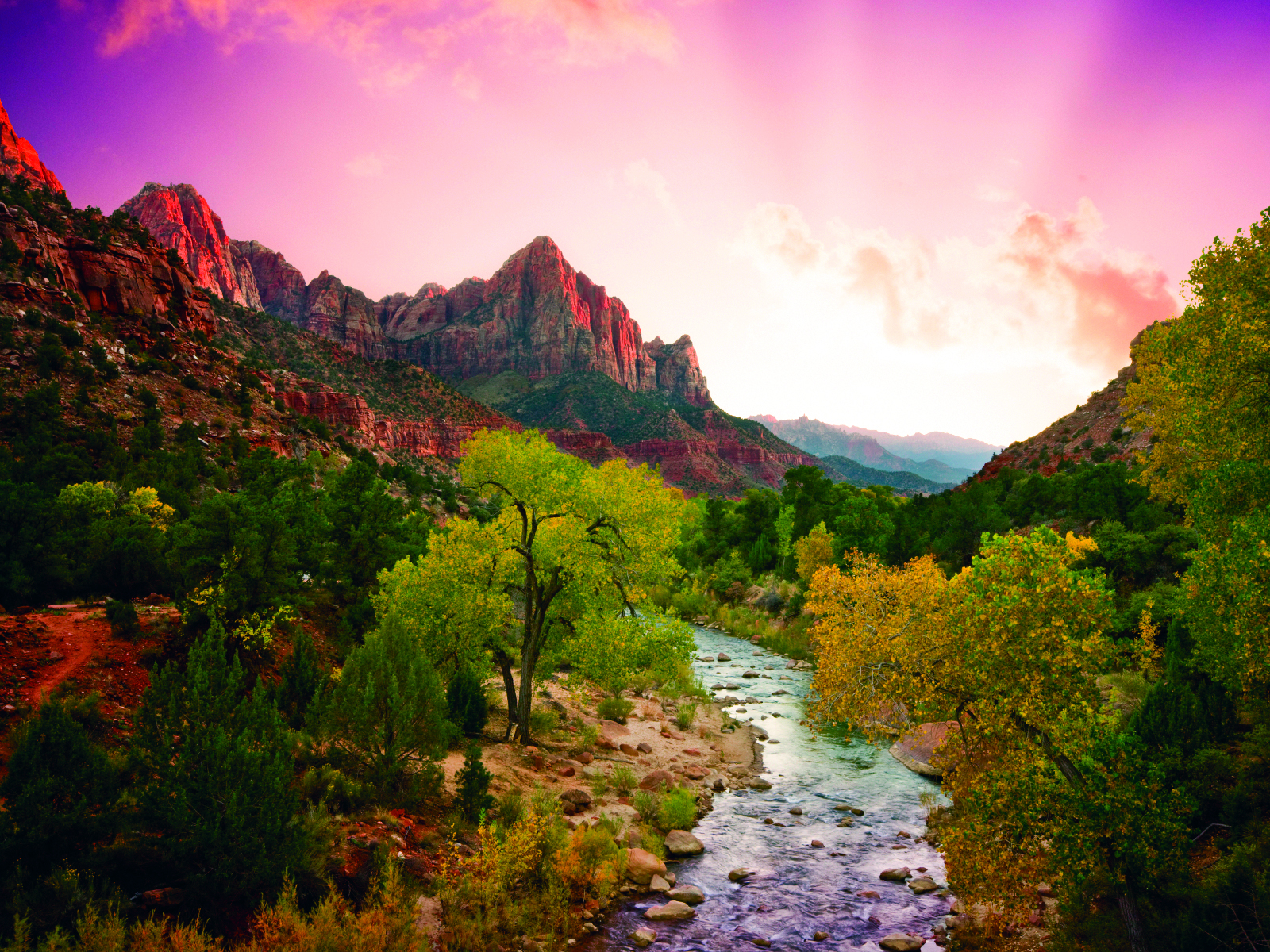 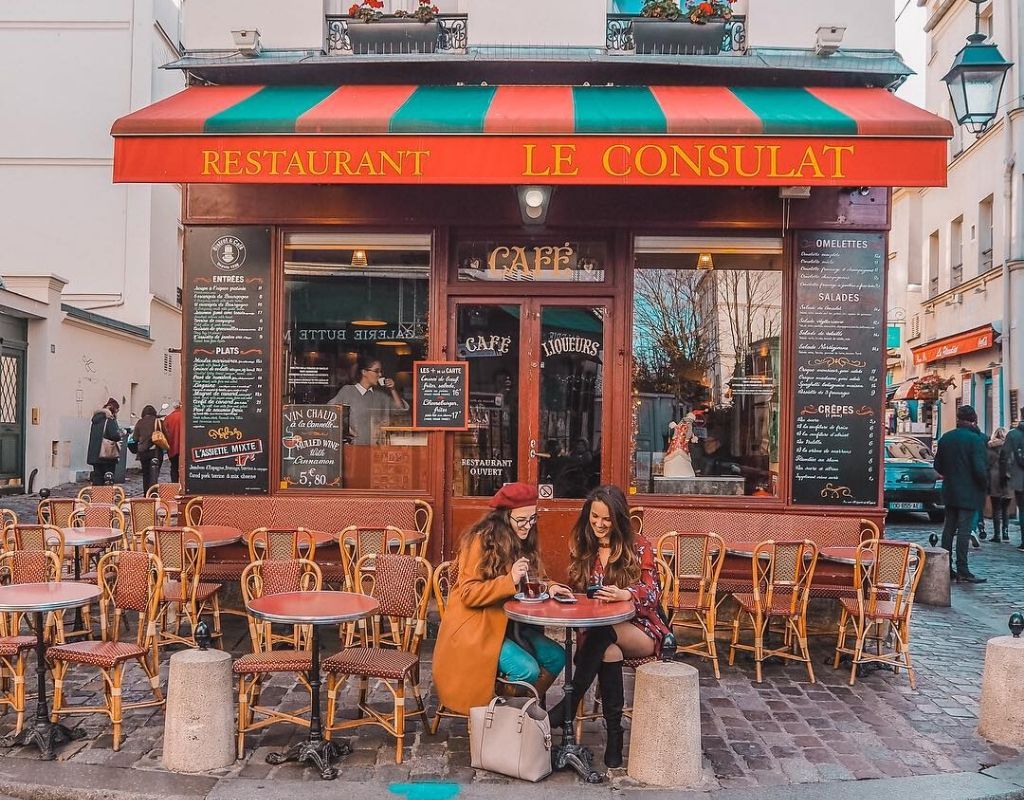 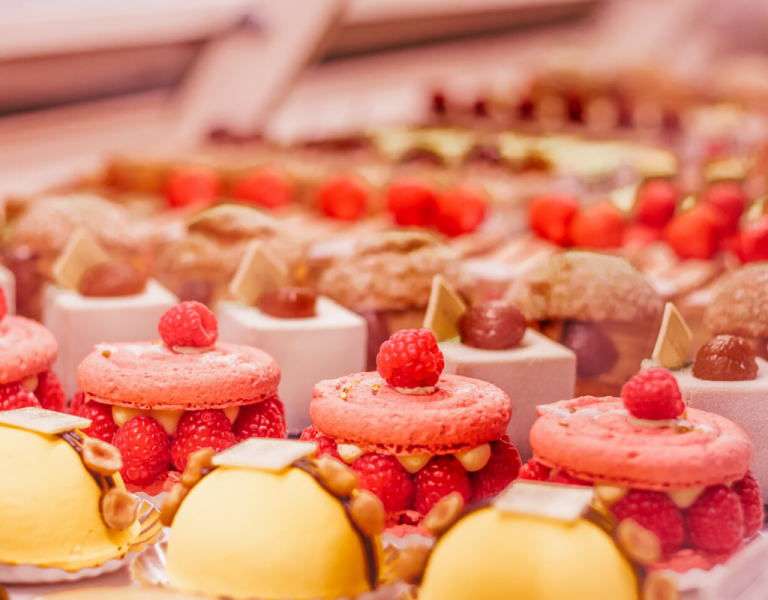 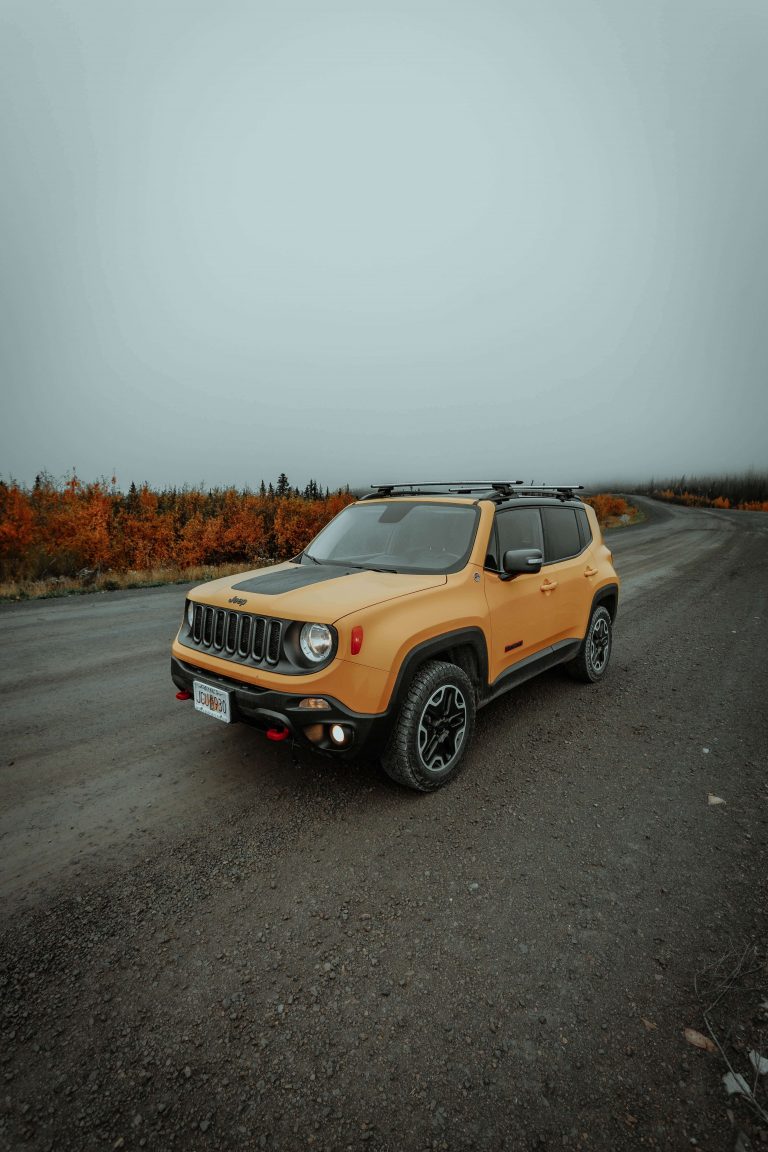 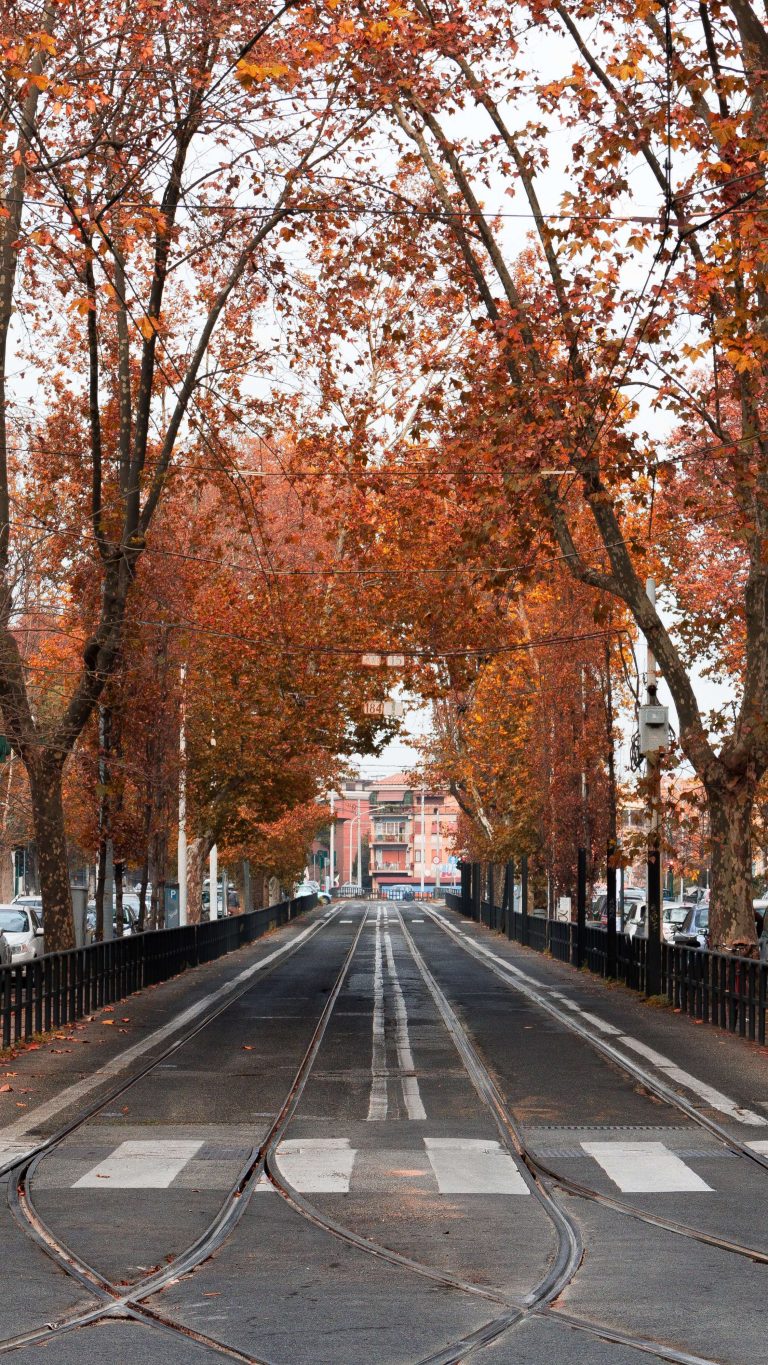